This article will present you general information about the beautiful country called Nicaragua… I looked for the origin of the name “Nicaragua” but there are too many existing versions. Sorry, we won’t have the good explanation today!

Despite the fact that it is the poorest country of American continent, Nicaragua is however full of life and with wonderful landscapes. With a tropical humid climate, conditions are gathered to allow a full development of vegetation (as you can see on the photo below). To give you a little bit of details: 25-28°C in average and a relative humidity around 86% annually (a dry season between January and a wet season the rest of the year).

Lots of vegetal species (I do not know their names yet, sorry…)

The abundance of this flora shelters also a rich fauna. Amphibians, mammals and insects are thus very common here: if you love little vermin, you are welcome in Nicaragua 🙂

The Viuda, one of the 700 species of nicaraguayan birds.

The area of Nicaragua reaches 130 000km2, which corresponds to 1/5eme of the area of France for comparison, and 6 million of people live here. This is a little country but this is the biggest country of Central America! Thus, its neighbouring countries, Honduras in the North and Costa Rica in the South, have an inferior area.

The particularity of Nicaragua is the presence of lots of volcanos, 58 in total (with 7 volcanos still in activity), and lots of lakes. The biggest lake is the Lago de Nicaragua, which I will visit in May. Lots of rivers are thus flowing across the country, among them is the river that I frequently follow for my trips: the Rio San Juan, located at the frontier between Nicaragua and Costa Rica: 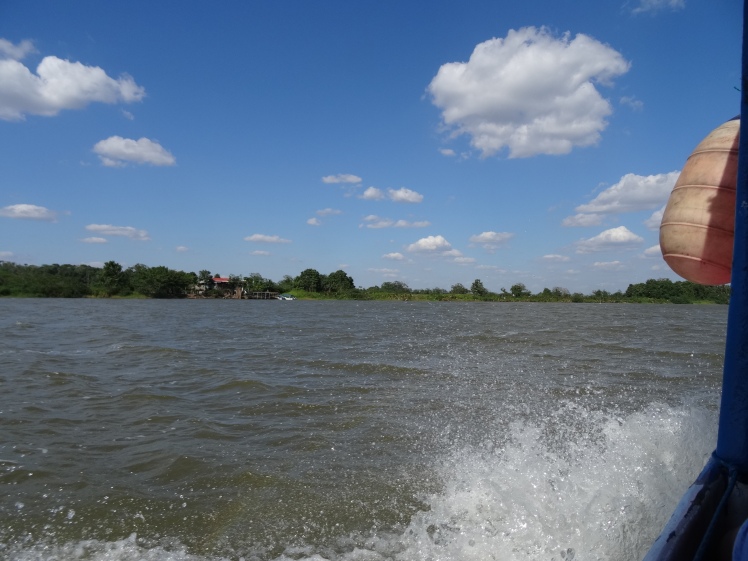 The river Rio San Juan, at the South of Nicaragua.

Another very important detail: 25% of the country is forest! You could think that is a lot, but there is nowadays a big threat… This threat is called deforestation. It is estimated that 60 to 70 000 hectares disappear every year… Nicaragua had 7 million of hectares of forest in 1950, which is 3 million more than currently. Reasons of deforestation are multiple: succession of governments promoting different managements of land, exportation of raw material (cotton, coffee, etc.), extensive agriculture, etc.

I will write another article to explain the relationships between agriculture and deforestation, because this is the context in which I currently work during my volunteering.

¡Hasta pronto! as we say here. 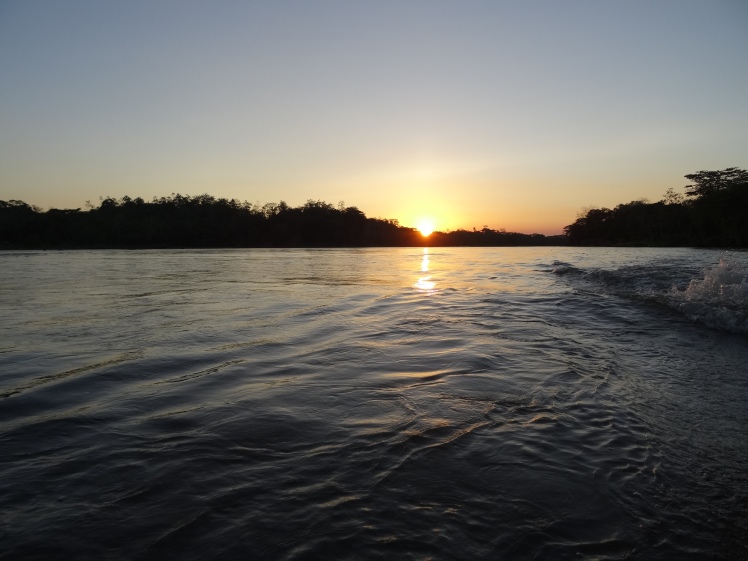 Sundowner on the Rio San Juan.